How I Made the Most of a Great Photography Opportunity 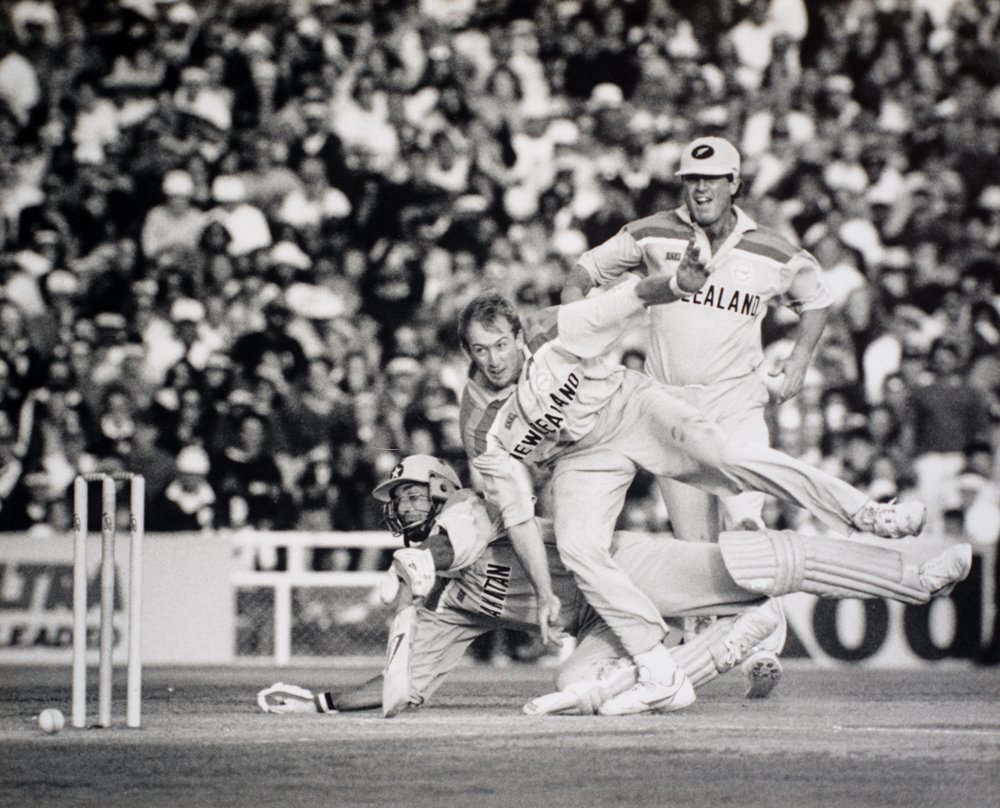 Do you want to know how to make the most of every great photography opportunity? This is my personal story of how I got started as a professional photographer.

Photography has been my passion since I bought a camera. I was 19 years old and hungry to learn. But it took me a few years to make any significant progress. In this article, I’ll share some of my story. This is how I made the most of a great photography opportunity and began my journey as a professional photographer.

Young, Free and Exploring the World

Traveling hadn’t been on my radar in early 1986, but by July I was on a plane with a friend heading to Canada. I stayed there for about 3 months.

After hitchhiking from Vancouver Island to Quebec and flew to Europe. I stayed in the Netherlands for 3 months and then had to return to New Zealand prematurely.

This travel experience changed my worldview.

Opportunity Presents Itself as a Great Photography Opportunity

Back in NZ, I was unsettled and restless, with no real direction. I had my camera and loved using it, but money was tight and I didn’t often have enough to buy film or have it developed.

My friend’s mother, who knew I was at a loose end, showed me a job advertisement in one of the daily papers. They were looking for a photographer.

I went along for an interview without much hope of getting the job. I was unqualified and relatively inexperienced. Still petrified of photographing strangers and even talking to them, it was a bold step for me to even go to the interview.

Within five minutes I knew I would never be offered the position of advertising photographer. However, the interview continued for 45 minutes as I showed my portfolio, (which contained no photos of people.) As I left, the human resources manager encouraged me she had my number and would call if anything suitable came up. I thought that would be the last I ever heard from her.

An Opportunity Presents Itself

Three months later she phoned. There was an opening in the Illustrations Department. This was the editorial news photography office. They were needing an assistant and would I please come for an interview.

My appointment to meet the picture editor was scheduled early in the morning. When I arrived he asked me to take a seat while he delegated assignments to a number of photographers. I realized I was sitting at a desk which may just become my new workspace.

I was absorbed in what was happening in front of me. Photographers were receiving their first assignment for the day. I could learn so much here.

I Got The Job, a Great Photography Opportunity

Illustrations Department Assistant was my title. Most of my tasks were administrative. Taking clippings and keeping records of which photos were published and when. Coordinating with the editorial library to label and file the negatives correctly. Running errands.

I learned quickly that my camera should be with me all the time. Out for lunch one day I watched a parade of power boats heading up Queen Street. Knowing no photographer in the department had been assigned to cover it, I photographed some of the most important looking craft.

Shortly after lunch, the sports editor came to ask my boss if anyone had covered the parade and had photos. They wanted one picture of a particular boat that had won a series of races. I plucked up the courage to tell them I’d taken a few photos and may have a picture of the boat he wanted. This became the first photograph I ever had published. 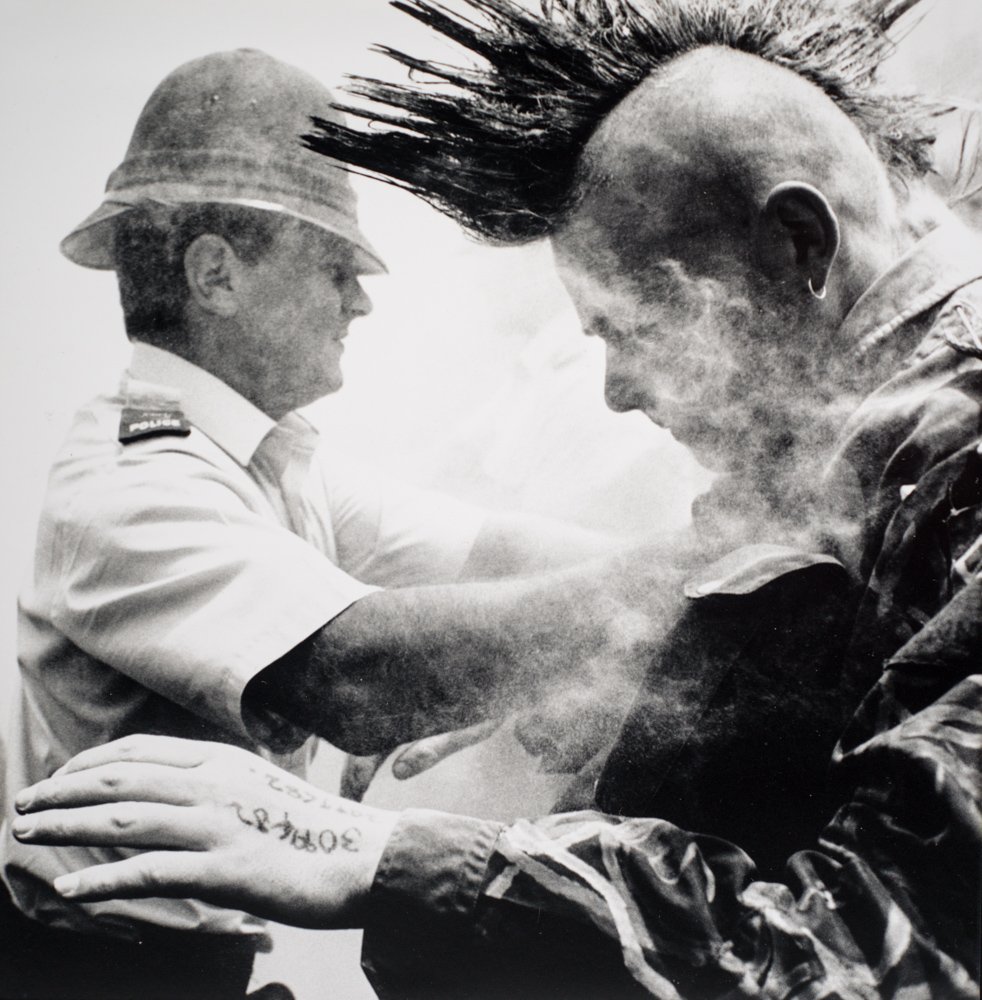 Simple head and shoulders portraits made up most tasks I was entrusted with.

The first assignment I was designated was to take a photo of a university professor who’d won an award. I was instructed to come back with a well-focused, well exposed and well-lit headshot.

Photographically this was not a huge challenge nor a great photography opportunity. As I was still painfully shy, the prospect of having to photograph a stranger was nerve-wracking.

With instructions on how to find her, I headed out with a fresh roll of film in my camera. I ended up driving around looking for a parking spot for ages and was late for my appointment.

Eventually located the correct room in the maze of offices. The door was open and I could see the professor inside talking with a colleague. I knocked and waited, camera in hand.

She looked up and saw me saying, “I know what you’re here for. I hate having my photo taken.” Not what I wanted to hear.

Somehow I dug deep, knowing, no matter what, I had to return with a good image of her. We chatted a little. Aiming to hopefully help her relax a little.

My photo was well exposed, sharp and a nice portrait. I knew from that point on my fear of photographing strangers was the biggest obstacle I need to overcome. If I didn’t I was not going to keep my job and make progress in this profession.

This took me a long time and was not easy. Having no option but to acquire some communication skills was a fantastic motivation to learn.

One morning the Illustrations Department of the Auckland Star was quiet. All the photographers were out on their first assignments of the day. This was the other way I would be delegated photography tasks.

The news editor came across and asked if there was a photographer to accompany one of his journalists on a breaking news story.

There’d been an accident on the Southern Motorway. An accident had left a truck balanced on the concrete median barrier. It was blocking traffic on both the north and southbound lanes.

Back in the days before mobile phones, this meant I was the only one available to cover this story. “Kevin, grab a 400mm lens and go with this reporter. Come back with a photo for the front page.”

The reporter and I, both from the north of the city, headed out south into unknown territory. We’d been told the accident had occurred near Bairds Road. We listened to the news on the car radio as we drove. I knew there was a bridge over the motorway at that location and it would be my best vantage point.

As we turned down Bairds Road we could see a crane a little distance away on the motorway. I sprinted up the overbridge with my camera, the heavy 400mm lens attached. I’d never used a lens like this before.

Arriving at the top of the bridge we had a good clear view and saw the crane was starting to lift the stranded truck. I raised the camera to my eye, focused and made a series of photos as the crane lifted the vehicle and placed it down.

We were both excited and relieved that we’d arrived just in time to catch the action. Then I remembered I’d not checked my exposure.

My old Nikkormat camera was fully manual, there were no auto exposure options. I raised my camera back to my eye, lightly touched the shutter release to activate the exposure meter. The small needle inside my viewfinder moved so it was between the + and – signs. I had exposed my photos perfectly!

This was my first front-page picture and a great photography opportunity. 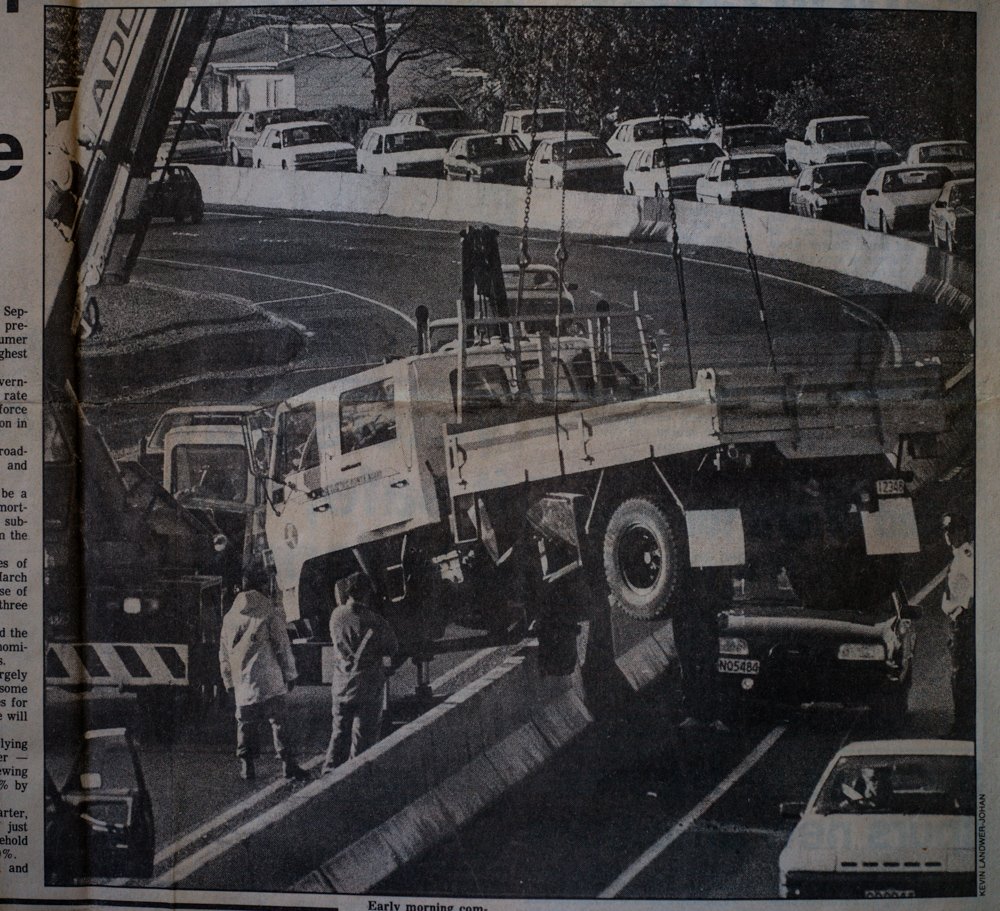 Learning the hard way, under pressure to provide photos for the newspaper, was at times extremely challenging. Slowly, I had more and more pictures published.

As opportunities arose I made the most of them. While working at the Star the Commonwealth Games were held in Auckland. I managed to obtain a photographer’s press pass.

I photographed the opening and closing ceremonies and attended as much as I could during the evenings and weekends. It was the most intense period of photography at that stage of my experience.

Amongst the staff photographers there was competition to have their photos published on page one, three, or the back of the first section. The atmosphere was not encouraging. They were mostly secretive about the way they worked and how they made their photos.

Picking up tips on how I could improve was tough and frustrating. Eventually, a few of the photographers started to teach me a little here and there.

I was determined that once I gained experience I would never be reluctant to share my knowledge. I wanted to encourage photographers who knew less than me.

Learning Photography Now is So Much Easier 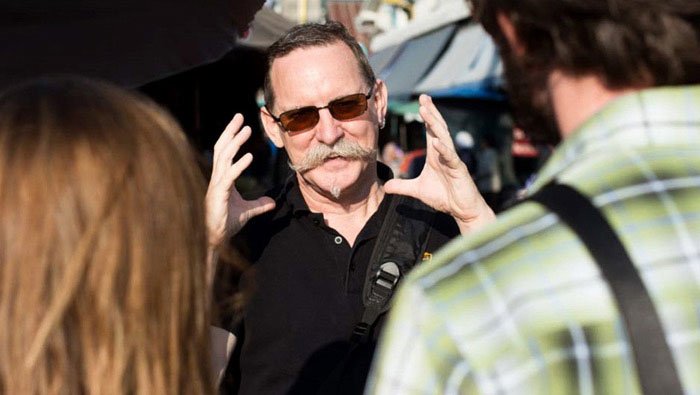 Growing as a photographer requires practice. I found it difficult to learn from the far more experienced photographers I worked amongst. The opportunity to grow, because I had to, was awesome.

Not so many people have a great photography opportunity or the pressure to learn photography this way. Self-assignments are a very positive means of developing your skills. In my next articles in this series, I will explain how you can benefit from undertaking your own photography assignments.