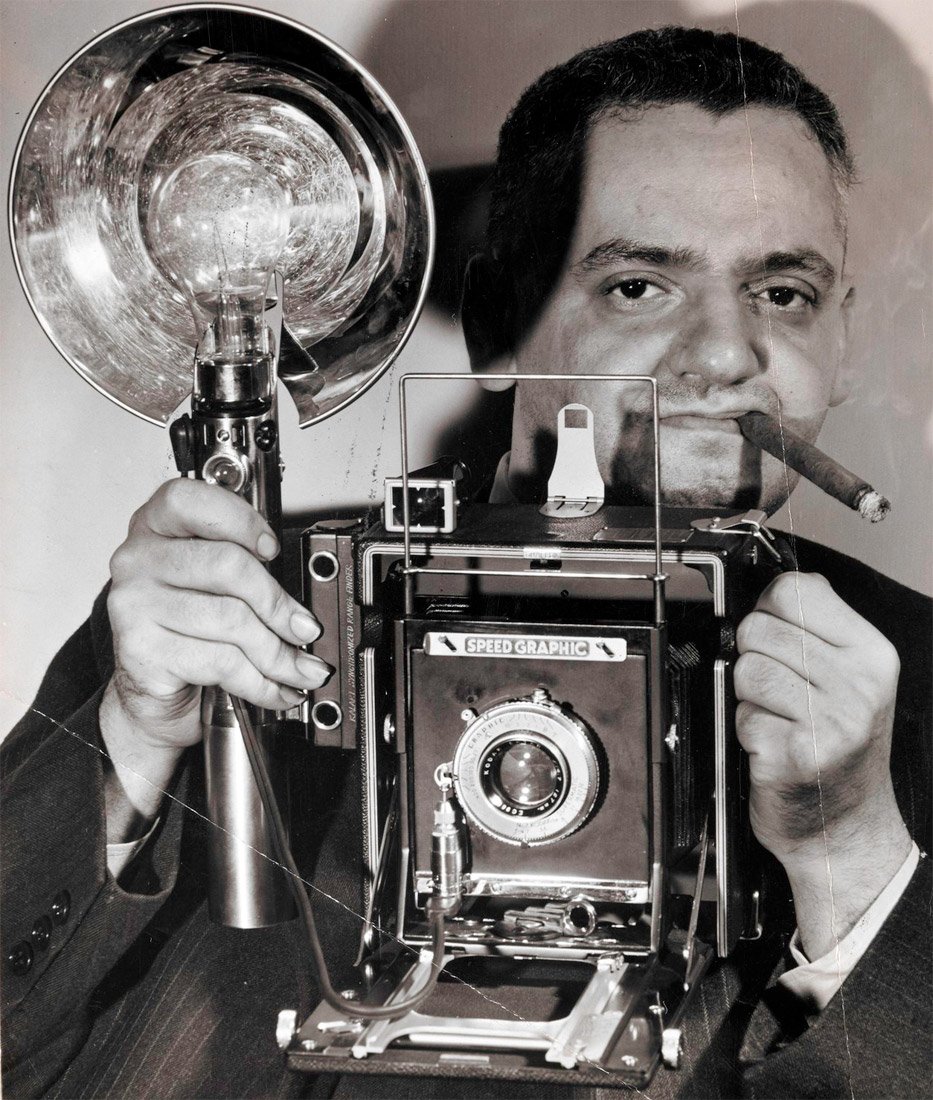 Many people are scared stiff of photographing strangers in the street. Famous New York photojournalist, Weegee, admits, when he started out, he was too. Cutting his teeth on the streets of the city’s lower east side he’d listen to the police communications and often arrive at a crime scene before law enforcement officers did. He has become legendary amongst street photographers.

This was back in the 1930s and 1940s, when he worked with a Speed Graphic camera and flashbulbs, creating his distinctive style. He was self-taught, with no formal training. He had a nose for the news and what the picture editors would publish.

Video about the famous New York photojournalist Weegee Tells How is a series of voice recordings of the photographer talking about his methods and overlaid with some of his icon images.

If you’ve enjoyed reading this post you will also enjoy “Why Shy Photographers Can Actually Make the Best Portraits,” and “Don McCullin – ‘I Hate Being Known as a War Photographer'”